TAROT CARDS AND HISTORY: ARE THEY REALLY THAT ANCIENT?

According to Tarot historian Tom Tadfor Little, traditional playing cards were first seen in Europe in 1375 having been brought over from the Islamic societies where they had been used for centuries before that. These cards were not, however, Tarot cards. At this point, he says, there is no evidence to show that Tarot cards had yet been created, which goes against many claims that ordinary playing cards evolved from the original Tarot deck.

It wasn’t until 1440 that the cards most likely to be the origin of Tarot cards were first mentioned. In a letter from the Duke of Milan, there was a request for several decks of “triumph” cards to be used at a special event. The letter differentiated triumph cards from regular “playing” cards.

It does appear, however, that the first Tarot decks were created as a game. There were four suits with cards numbered one through 10 and court cards that included a queen, king, knight and page. The deck also included 22 symbolic picture cards that did not belong to any suit. The decks were used to play a game called triumph that was similar to bridge. In triumph, 21 of the 22 special picture cards were permanent trump cards.

The game spread quickly to all parts of Europe. People began referring to as tarocchi, which is an Italian version of the French word tarot, around 1530. 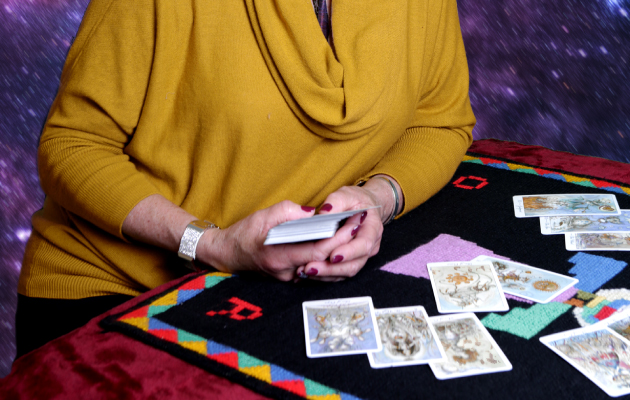